APPLY FOR A LEASE

Are You Looking for Property Management Companies Holly Springs NC?

Why Hire the Big Dogs?

Your financial reports are available to you 24/7 through our owner’s portal. You can see when money comes in, and when (and to whom) it goes out.

We realize that we cannot efficiently manage your property by sitting behind a desk. We need to see what is going on at the property. Therefore, we have established in-house criteria for performing regular property evaluations.

No Setup or Marketing Fees

No Markups on Maintenance or Repair Invoices

When you engage Big Dog Property Management to be your property manager, we consider coordinating repairs as a part of our regular duties. We do not charge you extra for that.

Your initial agreement with us is for only 90 days. After that, it runs on a month-to-month basis with only a 30 day notice required to terminate.

It was not until the town built its first sewage plant in 1987 that any real growth occurred. It was 1992 before Holly Springs, in line for the spillover from increased populations in Cary and Apex, suddenly boomed. Population increased from 900 in 1992 to an estimated 6000 in 1998 to nearly 25,000 in 2010. 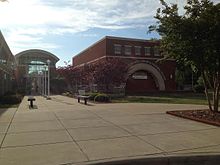 On July 18, 2006, it was announced that the pharmaceutical company Novartis would be building a manufacturing facility in Holly Springs and employing approximately 350 to produce flu vaccines using new technologies. The manufacturing facility was built on 167 acres (0.68 km2) in Holly Springs Business Park off N.C. 55Bypass. Construction was completed in late 2008. Novartis's investment is at least $267 million USD and eventually could reach $600 million USD.

Bristol-Myers Squibb expressed interest in county-owned land along N.C. 55 Bypass at the future interchange of Interstate 540. The County originally expressed a desire to allow the proposed landfill site to be used for economic development to be sold to the company, however county leaders refused to relocate a solid waste transfer station which would be at the entrance. When the company decided not to locate on the site, the Wake County Board of Commissioners voted five to two to proceed with plans to build a landfill there.

For years, town leaders have become increasingly confident that Holly Springs is positioned to experience high growth, propelled by the economic engine of Research Triangle Park (RTP).At a distance of 18 miles (29 km), Holly Springs is close to RTP.

In 2007, it was ranked the 22nd best small town to live in, according to a CNNMoney.com evaluation.

The Harrington-Dewar House, Holly Springs Masonic Lodge, and Leslie-Alford-Mims House are listed on the National Register of Historic Places.

If you have additional questions or want additional information about Big Dog Property Management, please feel free to contact us.